Dad and I set out for New Jersey on Saturday morning. Our first destination was St. Augustine, Florida, to visit the Fountain of Youth. Here we are at the entrance, with Don Juan Ponce de Leon. 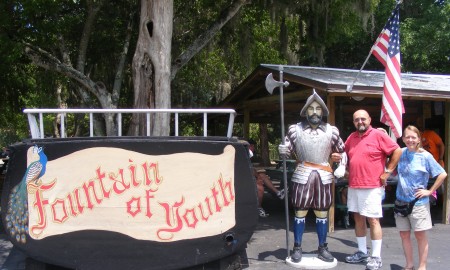 It was a nice little place to explore, with exhibits about the native Indians and the Spanish people who landed there in 1513. We were welcome to take a drink from the Fountain of Youth. It tasted of sulfur. 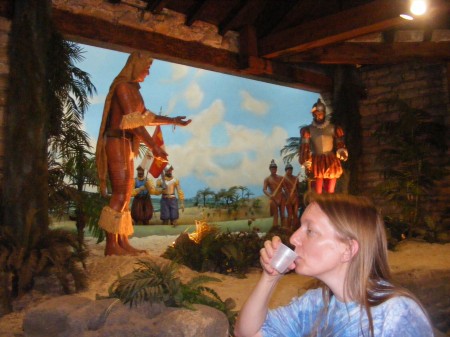 The park guy said we were lucky it only stank a little because some days it was just terrible. We finished our tour and after driving all afternoon ended up in Savannah, Georgia, where we camped at a little RV place just off Route 16. 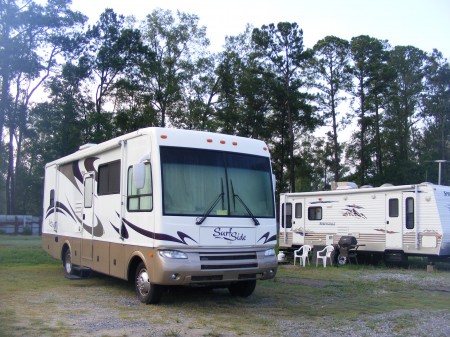 There was a bad storm during the night and a very large tree came down near the entrance. It rained so hard some of it got under the slider covers and when Dad pulled out, it spilled down his back in the driver’s seat when he first braked! Luckily it wasn’t overly much but it was sure enough to wake Dad up fully!

We made our way down to the beach in Tybee Island and it was a very pretty drive. Some of the streets of Savannah are very narrow… we took up the entire lane. 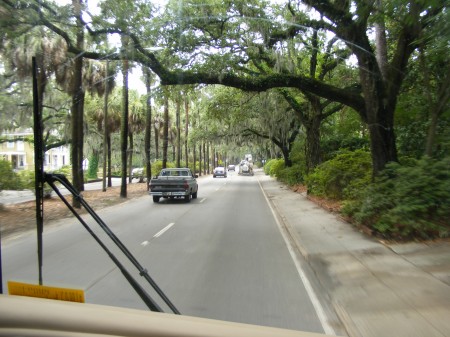 Tybee Island is a beautiful place and I would love to go back someday. It’s full of little artsy shops and stuff. We parked a block away from the beach and walked down to put our feet in the sand. Here’s Dad on the beach. 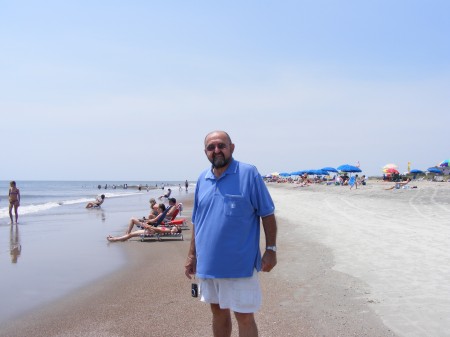 On the way back we saw these cats doing what cats do best… laying around and looking pretty. :) 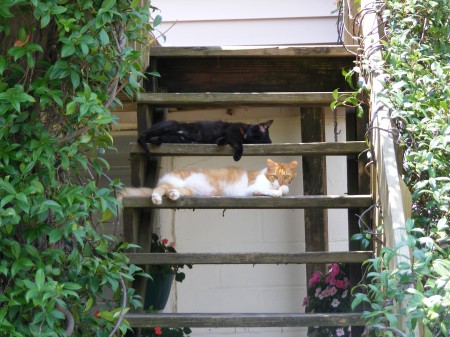 I drove from the beach on the very narrow roads (only hit one curb, whew!) and then we went all day. For Dad’s Father’s Day dinner we found a steakhouse in Smithfield, Virginia, where I treated Dad to two of his favorite foods – steak and ribs! The food was very yummy. 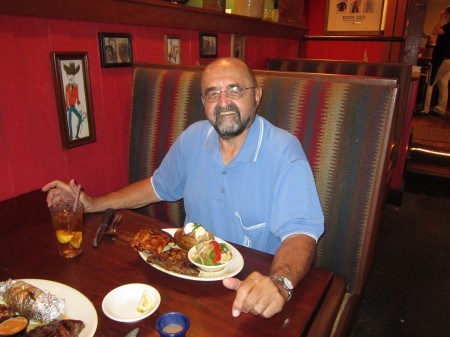 It was almost dark by the time we left the restaurant and got to the RV park in Selma. 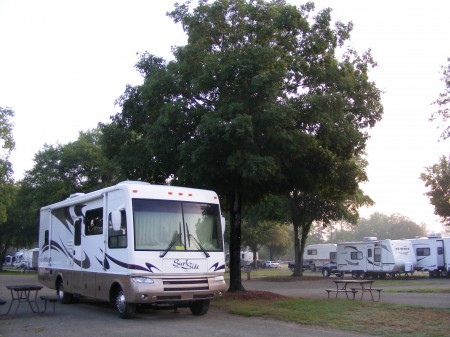 We camped by a lake and in the morning, some ducks came by to see if we had anything for them. 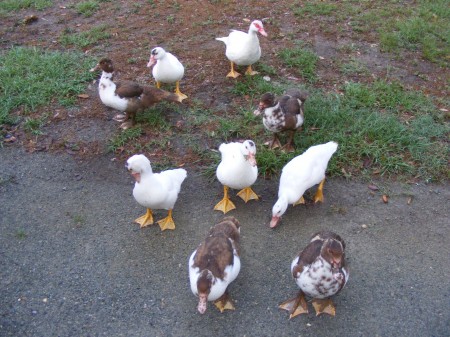 We had another pleasant day of driving, conversation and listening to music. We went under the Baltimore Harbor. I’m always amazed by these feats of engineering… driving under a big body of water like that is incredible. 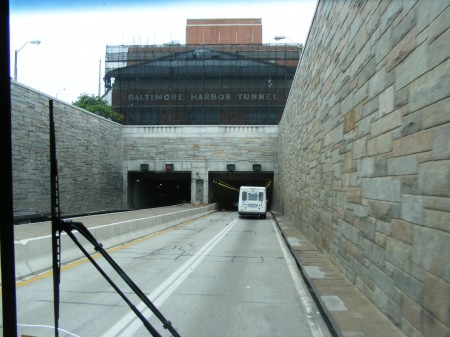 I’m also a big fan of bridges but some of them were a little scary in the RV… the ones that had very low sides made me pretty nervous. Seems like you could go right over the edge if something bad happened. Even just looking at the picture now gives me the willies!! 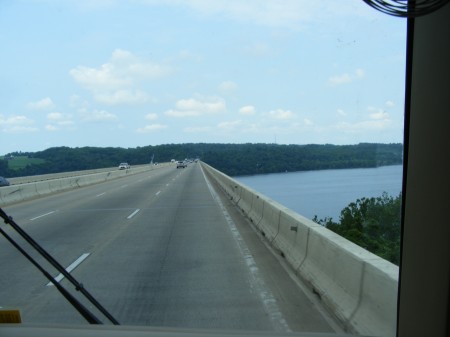 Here’s a spectacular bridge that goes from Delaware into New Jersey – the Delaware Memorial Bridge. There was a lot of traffic but we kept moving. 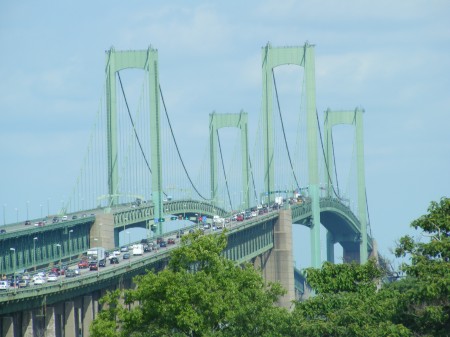 Yay! After crossing the bridge, we were very close to our destination. 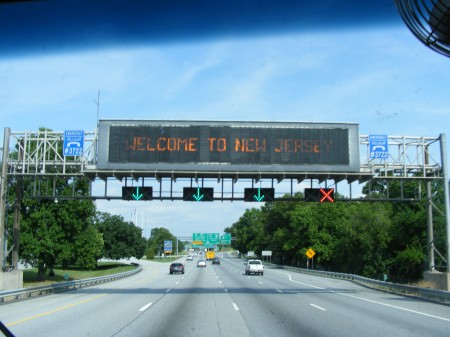 The next post will be about our first couple of days with Kelly in New Jersey. Read about the entire trip here.