This time we went to spend the day with Trav’s cousins, and we had a lot of fun! They were staying at Summer Bay Resort in Clermont. While John was cooking lunch on the grill, we were watching two guys riding jet skis on the lake. They were starting to get pretty close to each other and when they came around and circled real close, one guy dumped it over. Then he couldn’t get it flipped, so they had to come tow it away with a tiny rescue boat. Rather amusing! 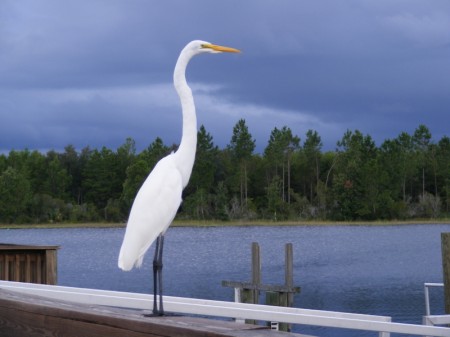 For dinner, we went to a local seafood place called High Tide Harry’s, on Semoran Blvd just up the road from the airport. We chose it because it had pretty good reviews, and they had to pick up their daughter at the airport. We got Melissa and Kat to try alligator, and they liked it! The place has great ambiance, and the food was good. I had a bowl of blue crab stew and a salad, along with hushpuppies and the appetizers of gator and fried okra. Yum! 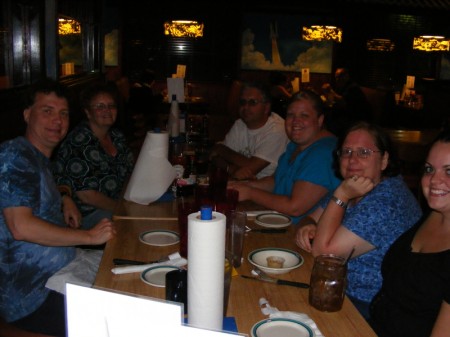 And here’s Mandy with her fishbowl of Long Island Iced Tea. 32 oz! We all helped her finish it… it was actually pretty tasty. I’m glad somebody got that special drink because it’s pretty darn fun. 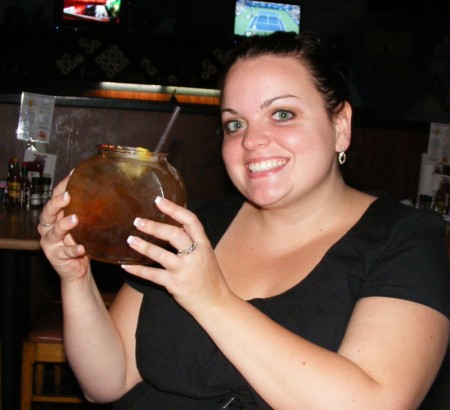 Just down the road from the resort are tons of gift shops, many with huge, garish decorations on the buildings. On the way back, we decided to stop at one of them. I scored a dolphin mood necklace and two very pretty anklets. One is the Del Sol kind, where the string turns a different color in the sunshine, and the other is made of paua shell dolphins. Here’s the outside of the shop. It looks hazy because the camera lens fogged up with the humidity and I didn’t have time to wait for it to clear… had to hurry up and shop! 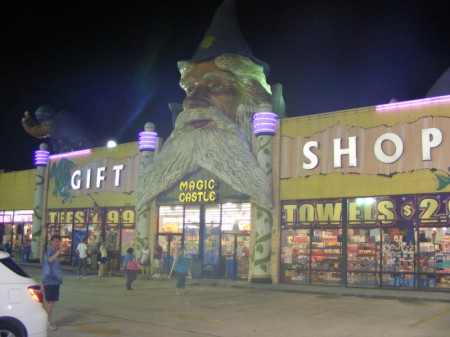 I’m liking the Orlando area very much – we’ve had a lot fun there recently!